This site was created as a student research project sponsored by the Sonoma State University and the Council of Public Arts Liberal College (COPLAC) for a digital humanities course titled “Festivals: Culture in the Making.” The course made use of digital technologies and distance mentoring in an effort to bring together students and professors from all over the country.  This particular course was created and taught by Dr. Catherine Kroll of Sonoma State University and Dr. Whitney Snow of Midwestern State University.

The purpose of this project is to peer into and facilitate an awareness of local film festival cultures in Sonoma County, CA.  Three festivals, the Sebastopol Documentary Film Festival, Silver Scream Film & Comic Fest, and the Sonoma International Film Festival,  have been chosen as focal points for ethnographic research, observation and introspection.  The concept of film festivals as public spheres where a sense of community is heightened through the participation is emphasized throughout the content.

This site serves to educate and enhance the local community by offering history, culture, interviews, timelines, media clips, maps and connections to relevant resources in the film industry. 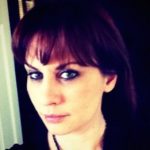 Tanya S. Ruys is a graduate student studying English (Creative Writing) at the Sonoma State University in Rohnert Park, CA.  She majored in English (Creative Writing) with a minor in Film Studies. She is also the co-owner of a local media production business, Magic Spiral. She enjoys working on multimedia projects that integrate art, film, music and writing into visionary concepts that entice creative thought and action. She currently resides in Sonoma County, CA. Tanya can be contacted at irvinta@sonoma.edu.

A special thanks to those who contributed to the project: